The FOUR WORDS: ACADEMIA project has been developed for the new digtial screen within Leeds Beckett University’s Portland Building entrance, bringing together visual art students, artists and writers in composing 15-second statements to be read within an academic context. Between every six or seven animations, we again insert a series of fake adverts. FOUR WORDS: ACADEMIA is also part of an ongoing series of billboard and screen works considering the relationship between the everyday and the avant-garde. 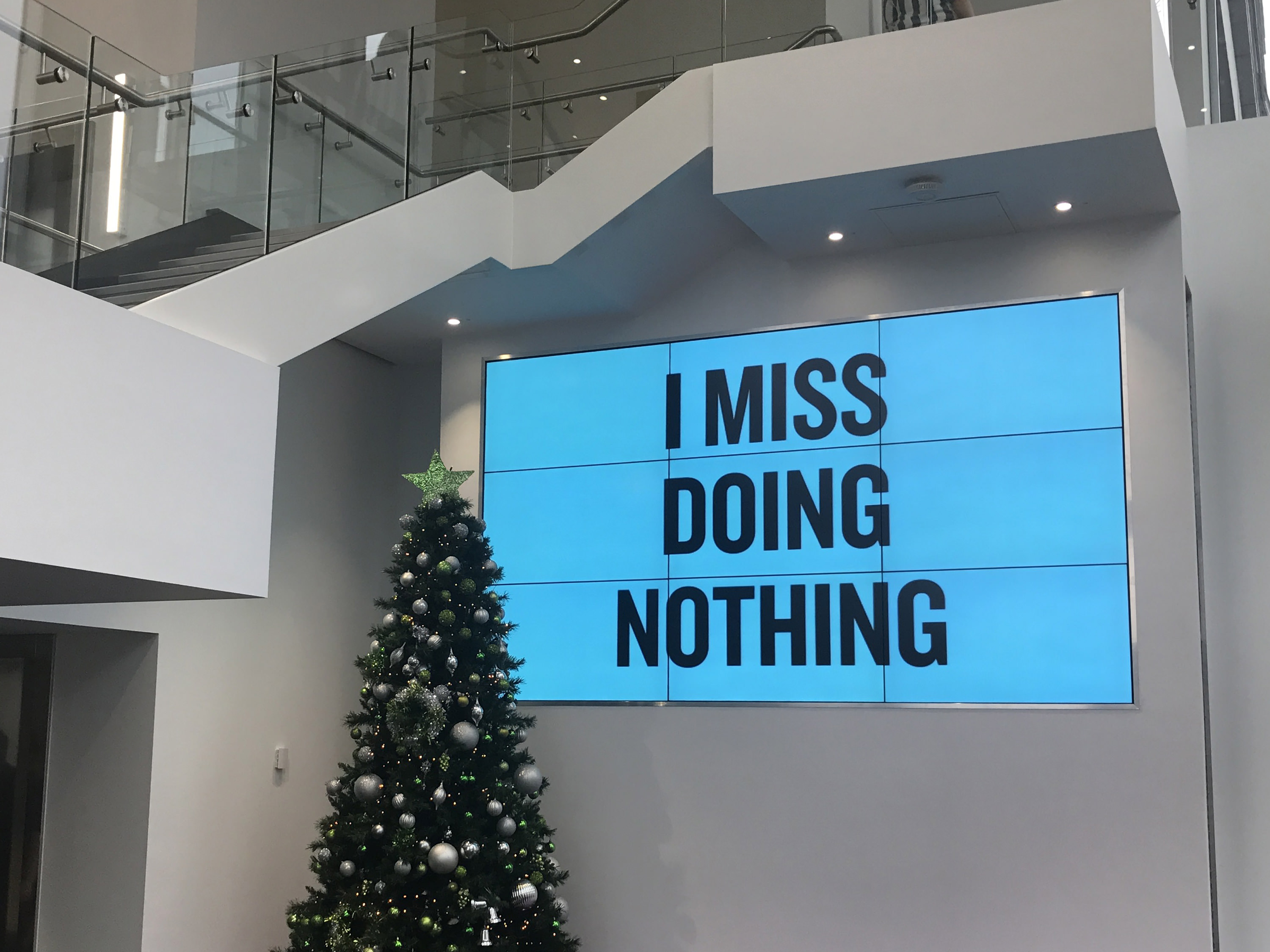